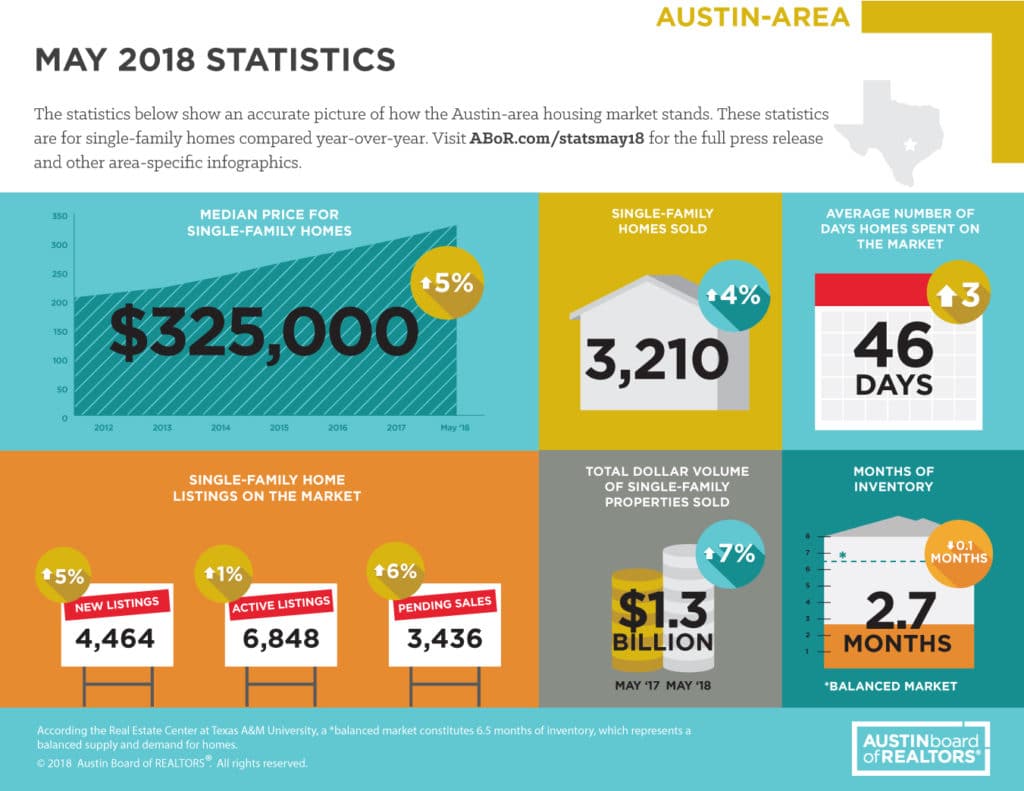 Escalating home prices within Austin city limits continue to push homebuyers into the suburbs, such as Pflugerville, Del Valle and Manor. Last month 7 in 10 homes sold were sold outside of Austin city limits, ABOR found.

Austin has reached a new high for home prices just when Austin City Council is in the midst of debating whether to adopt an updated land development code through the CodeNEXT process. An updated code has the potential to ease housing affordability pressures by allowing a wider variety of homes along corridors and in transition zones while streamlining development regulations.

Here are some other key stats from May’s monthly housing report:

• It would takeonly two months to sell all of the homes currently listed in Austin at the current rate. A balanced market typically would have at least six months of supply.

Get in Touch with us!